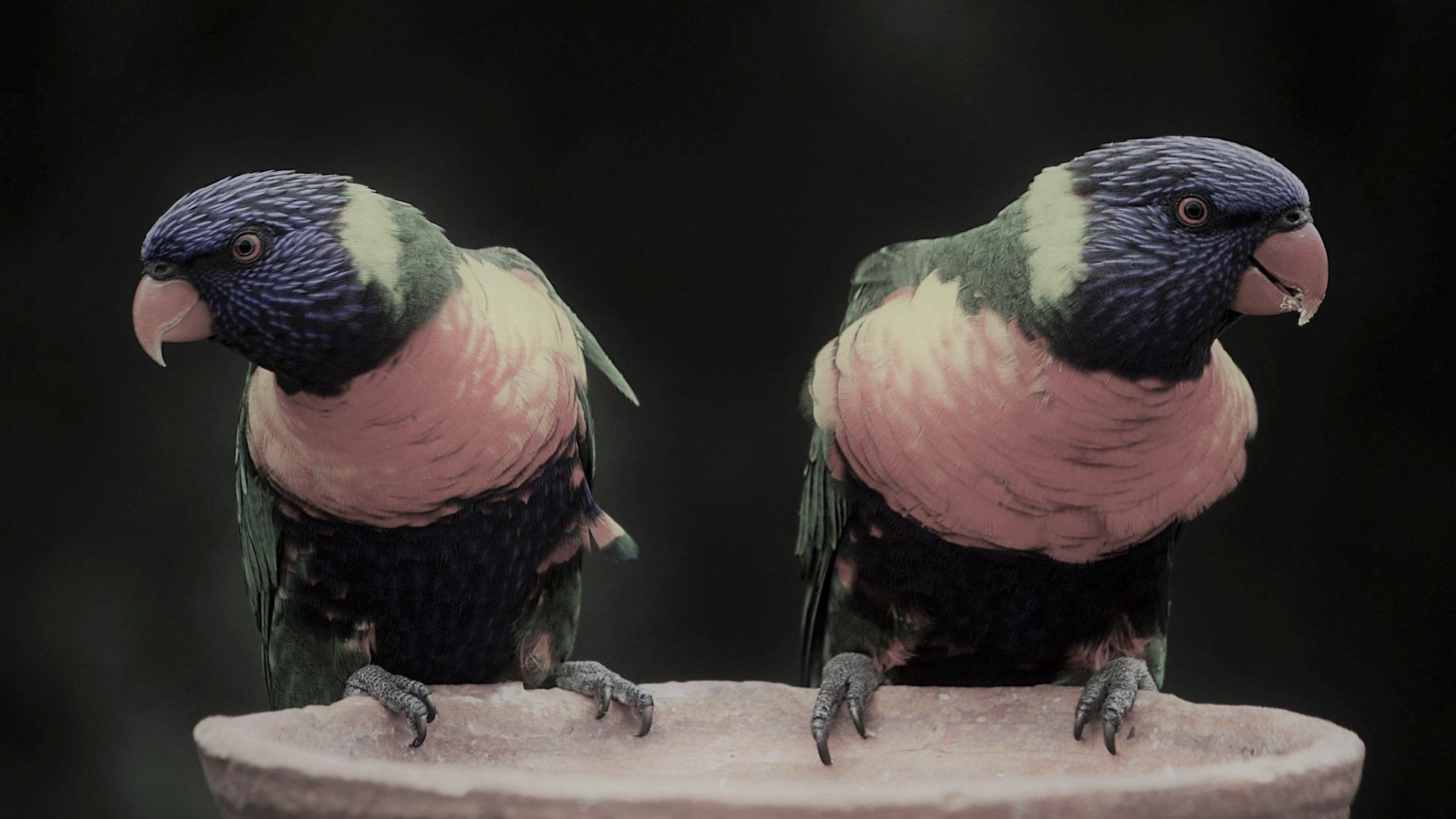 The first wave came in the 1970’s, when the first Australian venture funds were formed on the back of strong returns in the US from the computer revolution. The second wave took place in the late 1980’s, when generous government tax concessions coincided with increased risk appetite from investors who had made money from other investments. The third wave played out over the late 1990’s in conjunction with the internet boom (and bust). The fourth wave, smaller than the preceding internet boom, preceded the global financial crisis. We are currently in the fifth wave, which started in Australia around 2013 as a number of large Australian VC funds were raised on the back of offshore success and an increasing number of succesful locally headquartered startups.

It is too early to tell how many of the current crop of Australian startups will prove to be successful investments for the venture capital firms that backed them. In the sections below, we chart some of the success stories from prior waves of Australian Venture Capital funding.

Vision Systems
Founded in 1987 by Dr James Fox with $5m of venture capital and listed in 1993. Vision Systems (originally named Invetech) begun as a contract R&D business targeting international companies. It also developed two business lines of its own which became global leaders. The first was Vision Fire and Security (later Xtralis), which developed and commercialised the first aspirating smoke detector (a highly sensitive smoke detector used primarily in commercial applications). Its VESDA line quickly dominated the market and continues to hold more than 70% market share, in applications ranging from industrial warehouses to datacenters.

The smoke detector business was sold to Pacific Equity Partners in 2006 for $253m. The second business was Vision Systems. It comprised high value medical instruments used in cancer and blood disorder connection. This business was sold in October 2016 for $700m to Danaher. In total, investors in 1992 who held until exit would have received almost 200 times their money including dividends.

Cochlear
Invented by a team led by Professor Clark in the 1970’s, Cochlear received four rounds of Federal Government funding totalling $4.7m to develop the product over 1979-1985. Additional funding and development was provided by Nucleus, a medical device company owned by Paul Trainor. In 1984, during its first external capital raise, three Australian VC funds offered terms, two of which were MIC’s.

Cochlear accepted an offer from Western Pacific (predecessor to Advent Private Capital in Australia), a $10m fund raised by Nick Callinan in 1984, for $3m funding in exchange for 27.5% of the company (i.e. A$10.9m post money valuation). Cochlear eventually listed in 1995 at a share price of $2.95, implying a market capitalisation of about $180m. As at May 2018 its share price is approaching $200 and its market capitalisation is $11.4bn.

Resmed
Resmed was founded in Sydney in 1989 with the purchase of the sleep apnea treatment patents and technology then owned by US-based Baxter Healthcare. During the 1980’s, Peter Farrell, Colin Sullivan, Christopher Lynch, Phil Hone, and others had been involved in developing the first-in-market sleep apnea device from within Baxter’s Sydney operations. By 1989, a prototype was ready, but a restructuring at Baxter led to their exit from respiratory therapy, and with that, their interest in sleep apnea. Farrell, Lynch, and Sullivan led a buyout of the technology for $558,000, initially financed with A$1.2 million of angel and seed investor capital.

Government R&D grants totalling around $1 million followed. Revenue in 1991 was around $2 million. That financial year, Medtronic invested $1.5 million at a valuation around 13x higher than the 1989 raising, and received a large number of options. Revenue doubld each year to 1994, with exports representing almost 80% of sales. Requiring more capital (partly to fend off patent-based litigation challenges), and with the US increasingly dominating sales, Resmed progressively moved its headquarters to the US post 1994 and listed on the US NASDAQ in June 1995 at a valuation of around $500 million. Today, the company generates revenue of close to $2 billion, and has a market capitalisation of more than $15 billion.

Zenyth Therapeutics (formerly Amrad Corporation)
Seeded by the Victorian Government in 1986. Zenyth was a biotechnology business formed to commercialise Victorian biotech research programs. The business listed in 1996 for $220m, and was eventually acquired by CSL in 2006 for $108m.

LookSmart
LookSmart was an online search, advertising and content management company. It was founded in Melbourne by Evan Thornley and Tracey Ellery (husband and wife) in 1995. The original name was Homebase, and it was backed by Reader’s Digest, who invested $5 million for 80% of the equity. Shortly thereafter, leadership changed at Reader’s Digest, and they proposed shutting the business down.

The Homebase founders, in conjunction with a group of angel investors and Sandhill Capital, put together a buyout proposal that reduced Reader’s Digest stake to 10%, and this was accepted. The business model shifted from what was essentially a portal to white label search and directory services. In the age of Google, many don’t know what a directory service is (was). While search engines crawl websites, and display results to users based on customised algorithms, with directory services, humans manually reviewed and curated websites into topics and categories. LookSmart’s business model proved highly successful. Customers including AltaVista, Nestcape, Excite, British Telecom and Microsoft signed up to use LookSmart to power their directory services websites. LookSmart raised $8.3 million of venture capital in 1998 at a $23.3 million valuation. $6.3 million came from Cox Media and Macquarie Bank, and $2.3 million came from AMWIN. In 1999, LookSmart raised a further $59.6 million in April 1999 at a $430m valuation from investors including Macquarie, AMWIN, the Packer family, and US funds.

At the time, this was the world’s third biggest venture financing round for an internet company (behind Yahoo! And Star Media). Later that year, the company IPO’d in the US, raising $92.4 million at a valuation of more than $1 billion (annualised revenue at the time was US$52m). Within months, the share price had increased almost 500% and the company was worth more than $5 billion. Like every other tech stock, LookSmart was caught up in the tech crash beginning in April 2000. Forty percent of its customers went bankrupt that year, and two years later Microsoft (then 70% of its revenue) announced it was not renewing its contract. LookSmart’s share price fell more than 95% from its peak. In an example of perfect timing, AMWIN sold its shares in LookSmart just three weeks before the beginning of the crash. Its private investors received 110x their money over an 18 month hold period.

Seek
Seek was founded in 1997 by Andrew Bassat, Paul Bassat and Matt Rockman. Its website seek.com.au was launched in 1998 and was one of the first online employment classifieds sites in Australia. At the time, the site faced strong competition from existing print classified businesses and their online incarnations, and large offshore competitors like Monster. Seek listed on the Australian Stock Exchange (ASX) in 2005 at a market capitalisation of $587 million, after earlier trying and failing following the bursting of the tech bubble in 2000. Today, Seek has a market capitalisation of almost A$6 billion and is one of the world’s largest employment marketplaces. Seek raised money from a number of different investors prior to its public listing. Its first large venture-capital round was in 1999, when investors included CHAMP Ventures (AMWIN Innovation), Macquarie Technology and the Australasian Media and Communications Fund. These investors ultimately returned 6.5x their original investment upon the 2005 IPO (47% IRR).

This list is not at all comprehensive and is a work in progress. We will include more success stories in part 2 of this post, including Hitwise and Gekko Systems in the late 1990’s. We will also cover some of the more recent successes such as Atlassian, which have helped usher in the current resurgence in Australian VC.

As always, we would love to hear from you with any recommendations or corrections!